Skip to content
Joe is an award-winning photographer and international humanitarian filmmaker who has worked in more than seventy-five nations of the world. His work normally takes him to places where people are at their worst — in the aftermath of major natural disasters; surviving famine or drought; and suffering intense injustice. His still photographs have been published in National Geographic Traveler, Outside, American Photo, World and Professional Photographer among others. His video work has won international film festivals, the NATAS Emmy Award, the George Foster Peabody Award (commonly referred to as the Pulitzer Prize for Television) and others. He is a big proponent of using and mastering the equipment you have before spending more money to upgrade… even if that means you’re just using a smartphone camera. In Tanzania, he’ll take us through his process of gaining clients who send him around the world. And then from there, how he makes the most money on each of his trips by cultivating even more assignments from magazines and newspapers while he’s already on the ground in a certain spot. Joe has also agreed to sit with each person individually and help you define your photography style. He’ll look through all your images and help you pick your best ones for review. It’s an important part of learning to edit your images for sale.

My mobile phone rang as I was preparing for bed. “That’s unusual”, I thought as I picked up the phone and glanced at the screen to see an unknown phone number. The caller sounded tired, but very serious. “A major typhoon has just hit the Philippines and we would like you to document the extensive […]

The market for 360-degree shots as stock is still developing, but I’ve found that it’s a great add-on to existing work that I can use to “upsell” a client which adds to my income. For example, if I’m shooting an assignment and I see a great location for a 360 shot, I’ll get it, and […] 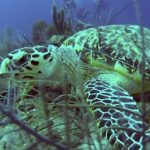 Let’s face it… there’s really only one reason to get involved in stock photography—to make money. And if you’re anything like me, learning how to make considerably more money with very little extra effort is time well-spent. If I’ve sparked your interest, here is my secret for how I consistently sell three times as many […]

Imagine yourself… Sailing to a tropical Caribbean island on a beautiful yacht… enjoying a glass of Chianti with the winemaker in his gorgeous Tuscany vineyard… Meeting sports heroes like Muhammed Ali and Michael Jordan… interviewing presidents, prime ministers, and royalty… sitting courtside in VIP seats for the NBA finals… Or skiing in pristine powder with […]

There’s a dizzying array of tools and sliders in Lightroom that can transform photographs from mundane to magnificent, and I want to share one of my favorites… a simple trick that I use on almost every photograph that I process. It’s called the dehaze tool. When first introduced, it was relegated to the bottom of […]

Everywhere you look on social media, it’s clear. There’s increased demand on all platforms for video content. In fact, according to current research by Hubspot, at least 43% of consumers want to see more video. For us as photographers and media content creators, that’s good news. But before you grab your camera and start shooting […]

My niece, Moriah, is a dancer… a very good dancer. She is classically trained and has danced the major ballets. She’s also very skilled at jazz, hip hop, and ballroom styles. In addition, she is a sought-after choreographer and teacher. She is truly gifted in dance. But there are many roles that come up that […] 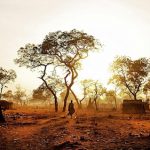 I love traveling to beautiful locations and photographing vast landscapes, exotic animals, and stunningly picturesque environments. But as a humanitarian photographer and filmmaker, I am often sent on assignment to cover natural disasters or to document gross injustices or times of great need. On the surface, it can be very difficult to find beauty in […]

One of the staples of my photography—and a big reason that clients give me repeat assignments—is my ability to capture portraits that convey the emotions of the people and the context that they find themselves in at that particular moment, whether they’re war refugees or victims of natural disasters. Often, beginning photographers will see an […]

Laptops or tablets are a necessary tool for travel photographers. We need them for editing, processing, and storing our still photos and video clips. As if it wasn’t enough of a burden to carry on our computers, new security rules restricting the electronics we can bring aboard in our hand luggage make things even more […]