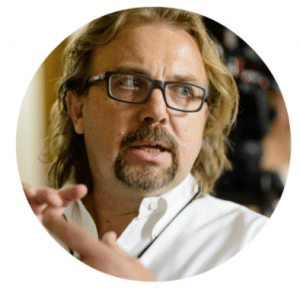 The market for 360-degree shots as stock is still developing, but I’ve found that it’s a great add-on to existing work that I can use to “upsell” a client which adds to my income.

For example, if I’m shooting an assignment and I see a great location for a 360 shot, I’ll get it, and then show it to the client when I present the rest of my work. Often, they’ll buy it to use on their Facebook feed.

You can also do it with a conventional camera and a quick software trick.

Here are some tips and tricks I’ve picked up using a Ricoh Theta S 360-degree camera in my international travels over the last 16 months to create great 360-degree photos:

Unlike normal still images, there’s no edge to the shot, so there is minimal framing possible. Plus, there’s limited control of focus to draw attention to certain parts of the image.

It just comes down to being sure you have the best placement possible. Find a spot where there’s a scenic vista… AND something interesting on the sides of that scene, and also behind you.

2. Think about the quality of light.
Outdoor lighting is normally much better around sunrise and sunset, and the resulting shadows and depth will help your photos look a lot better. Shooting at noon can be problematic as the sun can wash out the image and crush details in any shadows.

So, plan to do your shots when you have the best possible lighting, and you’ll have a much easier time.

3. Get (and use) a tripod
Using a tripod gives you time to get out of the shot. I’m not a selfie guy, so I set up the shot and hide behind something, then fire off the shot from the app on my phone.

I’ve taken to using a small monopod with three feet that pop out on the bottom to add support. It’s cheap, and it works great as long as there’s minimal wind, allowing me to mount my 360 camera in a lot of precarious places.

360-degree photography is still cutting edge, but it’s a technique that will only get more popular. Like with all forms of photography, we’ll see the cameras get better and cheaper, and more social networks and other sites will support this exciting view of reality.

If you want to experiment with 360-degree photography, take time to get the fundamentals down—particularly camera placement.