Skip to content
Joe is an award-winning photographer and international humanitarian filmmaker who has worked in more than seventy-five nations of the world. His work normally takes him to places where people are at their worst — in the aftermath of major natural disasters; surviving famine or drought; and suffering intense injustice. His still photographs have been published in National Geographic Traveler, Outside, American Photo, World and Professional Photographer among others. His video work has won international film festivals, the NATAS Emmy Award, the George Foster Peabody Award (commonly referred to as the Pulitzer Prize for Television) and others. He is a big proponent of using and mastering the equipment you have before spending more money to upgrade… even if that means you’re just using a smartphone camera. In Tanzania, he’ll take us through his process of gaining clients who send him around the world. And then from there, how he makes the most money on each of his trips by cultivating even more assignments from magazines and newspapers while he’s already on the ground in a certain spot. Joe has also agreed to sit with each person individually and help you define your photography style. He’ll look through all your images and help you pick your best ones for review. It’s an important part of learning to edit your images for sale.

I hope this week’s series of video tips is making you want to try shooting video (and making money) with your camera.  Now that you know how and why to shoot video, I want to give you one tip that I use to consistently turn one sale into three and triple my income from a […]

Fortunately, I’ve discovered how to earn a very good income with my camera and laptop. I don’t like to throw around my awards or talk about how much money I make. I use the word “fortunate,” because in addition to helping others in times of war, famine, and political unrest – something I wish I […] 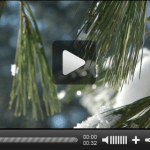 I applaud people who make their living shooting stock images. Although I’ve been submitting images to stock for years, it has accounted for only a small portion of my income.  I know that my lack of success in stock photography is my own fault. It takes consistent hard work, discipline, and determination — and up till […] 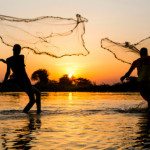 The moment when photography grabbed me and changed the direction of my life is just as clear in my mind as if it happened yesterday.  I was six years old, and my father had just given me a cheap camera he had picked up at a resale shop. It used 120 film and allowed me […]