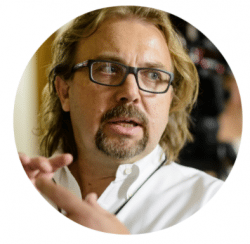 I hope this week’s series of video tips is making you want to try shooting video (and making money) with your camera.

Now that you know how and why to shoot video, I want to give you one tip that I use to consistently turn one sale into three and triple my income from a shoot.

When a filmmaker or video producer is editing a project, they need options – a variety of shots and framings. One of the favorite tools of editors is a sequence, a series of three or more shots that edit together seamlessly. The use of a sequence turns a normal video into a professional video.

You see them every time you go to a movie or watch television, but you probably don’t notice them…

A car drives up, stops, door opens and a woman’s foot appears, touches the ground as she exits the car. Or, we see a bar full of people, then a couple at a table in the bar and then a close up of the woman’s face.

You get the idea.

Here is the simplest way to shoot a video sequence – three shots: 1) a wide shot of a scene in which an action is happening, 2) a medium shot (closer in) of the same scene, and 3) a close up of something within that same scene. What makes this work is for the same movement or action to happen the exact same way in all three of the shots.

So, if your scene was a woman walking up to a water pump in a small village in Africa and beginning to pump water, you would shoot the entire scene in three shots. (See how I did this on a recent shoot in South Sudan.)

In the description, you would say that these were shot as a three-shot sequence, intended to be edited together.

You will almost always sell all three, instead of just one. Ka-ching!