I applaud people who make their living shooting stock images. Although I’ve been submitting images to stock for years, it has accounted for only a small portion of my income.

I know that my lack of success in stock photography is my own fault. It takes consistent hard work, discipline, and determination — and up till recently, I haven’t really committed to it. That changed about a year ago. But first a bit of background…

I’m primarily a documentary filmmaker and photographer. I’ve worked in more than 75 nations of the world, shooting stories of people at their worst – usually during natural disasters, civil wars, and famine.

I normally spend two or three weeks on the road shooting a story, and then return to my home office to edit it and deliver it to the client.

While editing a video, I often wish I’d gotten a shot that I missed while on location. About a year ago, it happened while I was on deadline, and I turned to Google and searched for video with a few well-chosen keywords.

An amazing thing happened! A few shots that would work well to meet my immediate need popped up in iStock. Up until then, I hadn’t noticed that iStock listed video, so this was a real surprise.

I thought the shots were on the pricey side – but I was under a deadline, and so I pulled out my credit card. The edit was completed well, and from there, I started to research the video stock market.

This isn’t a hobby or a creative outlet for me — it’s my business. I pay a mortgage, sent two daughters through college, pay my bills, and take vacations through what I earn with my filmmaking, photography, and writing. So, this is important to me. If I spend time on a project, it needs to work.

I realized that if I needed to turn to video stock to save me in the middle of an edit, then there must be others in the same dilemma—willing to pay the cost to bail themselves out of a jam. And so, I needed to get on the other side of this equation and actually sell short video clips as stock.

My initial attempts were scattered. I went through my recent footage (that I hadn’t sold the rights to) and started cutting 15-second shots, which I then uploaded to iStock. That started gaining some attention and sales.

Next, whenever I’d shoot for stock, I’d first shoot stills, and then take video of the same scene. This simply involved changing a few camera settings and — ta da!— I had another video stock footage clip to list. This quick-and-easy step multiplied my stock income by roughly 20 times. Not bad at all.

Now, to give you an example…

On Feb. 1, we woke to six inches of new, soft, powdery snow… and a bright blue sky. The temperatures quickly rose to above freezing and the snow started to melt.

I knew there were great images out there… so I grabbed my Canon M3 (a mirrorless camera), a tripod, and a few lenses and walked out into my backyard. There, I found a nice white pine tree with the snow beginning to form droplets of water.

I got a pretty blah still shot… 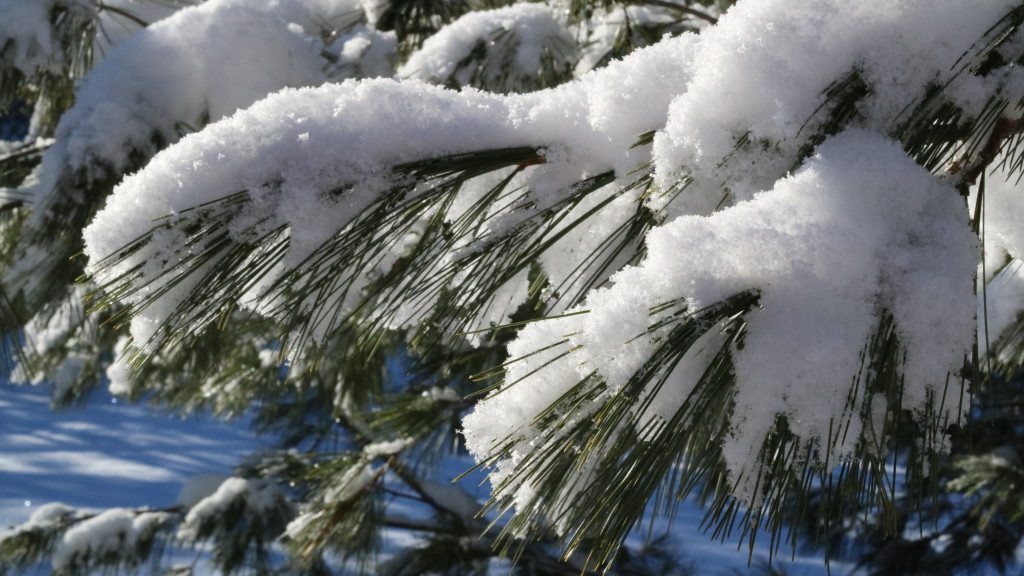 But did much better with video…

I uploaded both media to a couple of stock sites. So far, the still photo hasn’t sold, but I’ve had multiple sales of the video… just as I suspected.