Theresa St. John is a freelance travel writer and photographer based in Saratoga Springs, New York. She started out writing locally about her hometown and has since been published in over a dozen print and on-line publications, recently enjoying "trips of a lifetime" to Ireland, Fiji and Paris while on assignment. She is also a successful contributor to many online stock photography sites. Theresa loves her new life as a freelancer and has plans on traveling to England, Japan and Germany in the next two years!

I bet every single one of us could make a list (or two) of folks who seem to have success at their fingertips. They touch something, anything, and it turns to gold. How the heck do they do it? Do you think it’s genetics – that success is in their DNA, predetermined at birth? I […] 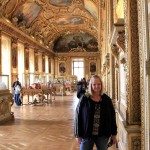 So, you’ve landed a coveted FAM trip. How exciting! You’re packed and ready to go. Hopefully, you’ve taken the time to review the itinerary your Tourism Representative has put together, both for you and other journalists traveling to said destination. You’re undoubtedly going to have a blast meeting new people, seeing new places, and staying […] 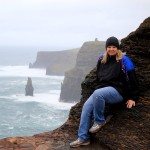 One of the most fun things about FAM trips (aside from free travel) is meeting new people. Not only do you get a whole new perspective when you talk to folks on your travels, but you also build a network of peers and contacts. Even before you’re an established travel writer, think about networking. It […]

Going on a FAM trip is like grabbing the “brass ring” of travel writing. It’s when someone selects YOU to go on a free trip, with activities, transportation, luxury hotel stays, and the best meals… all on the house. FAM trips are designed by PR people or tourism bureaus, with the idea of offering a […]

There’s nothing wrong writing for free, especially when you first start out in your travel writing career. You gain some clips and credibility, which shows editors you’re the real thing – a writer with interesting ideas to share with their readers. Man, was I excited to get by-lines, land covers on travel magazines, and media […]

When I first started pitching stories to travel magazines, hoping to get some by-lines under my belt, it wasn’t with a well-written query about exotic places I’d been. It wasn’t even about cultural destinations around the world that I wanted to visit some day down the road. My queries had to do with places in […]

Listen, I get it. No one likes to be criticized.  It makes us uncomfortable. No one wants to hear there’s a better way to do something – especially when we’ve spent hours on a project and think that we’ve “nailed it.” Whether you’re writing an article or a taking a photograph, someone else offering a […] 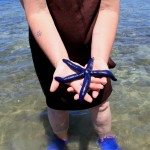 I arrived in Oswego, New York, around noon yesterday. A friendly representative of the tourism bureau flashed her mega-watt smile as she greeted me. We spent the next six hours visiting four historic museums, finishing Day One with dinner and a chilled glass of wine, chatting like old friends, watching a brilliant sunset over Lake Ontario… Right now, I’m at “the office,” out on […]

My sisters and I were sitting on the edge of the town pool, after a swim meet. It usually played like this: my younger sister would hold up a first-place ribbon. She was a fish in water and almost always won, anytime she entered a race. The grin on her face was infectious, you could not help but smile […]

When you start to take and sell stock photos, it’s fun to think about who might be interested in your image and why. What will they use it for? It’s cool trying to imagine where a single shot might end up. I have an old, weathered porch where I live. Its gray paint is peeling, the nails are […]