A registered nurse with over 33 years’ experience, Noreen had the travel bug since childhood when her family traveled extensively. Married to a retired Naval Officer, she then had the privilege of living in Italy enabling her to travel to 17 different European countries. Now as a travel writer, she not only travels but writes about exciting destinations like Europe, Mexico, the Caribbean and Hawaiian Islands. In less than three years, Noreen’s 235 published articles have appeared in 28 different online and print publications. She is a regular contributor for four magazines. Noreen is also the pioneer of Great Escape Publishing’s Travel Writer’s Café, an exclusive writing group designed for travel writers. You can read some of recent articles below. 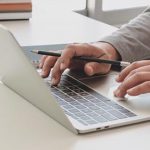 I’ve been writing now for five years. When I made the commitment to launch into the world of travel writing after attending an Ultimate Travel Writer’s Workshop in 2014, I honestly had no idea where the journey would take me. Almost 500 published articles later, it’s exciting to share and pay forward what I’ve learned along […] 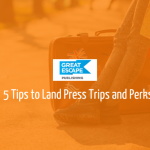 By Noreen Kompanik in San Diego, CA One of the “perks” of being a travel writer is access to experiences. This access comes with the job because, in order to write about a destination, we have to experience it. Last year, I was privileged to be invited on 26 individual and group press trips, both […] 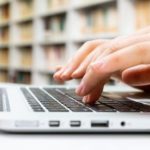 Earlier this year, we lost legendary basketball player Kobe Bryant. He was considered by many in the world of professional basketball as one of the greatest players of all time. Kobe gifted the world with his talents, but his legacy reaches far beyond the basketball court. His understanding of the game and ability to adapt […] 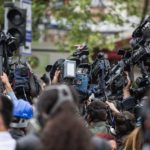 All-inclusive press trips. The ultimate dream for the travel writer. When I launched my travel writing career in the fall of 2014, landing a few bylines was not my only objective. I love to travel and was anxious to break into the world of press trips. At the time, however, it wasn’t easy. More experienced […]

I recently caught up with a nurse colleague I’d worked with many years ago. We started chatting about life and my travel writing. Intrigued, she asked what I loved most about my new profession. I had a difficult time answering that question. Not because there aren’t many aspects of travel writing that I love, but […] 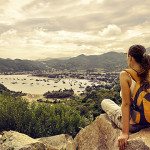 It was New Year’s 2014 and time to figure out what I wanted to do for the rest of my life. Thirty-plus years into a successful nursing career, I was ready for something different. Something fun for my retirement years. I discovered Great Escape Publishing and the rest is history. Over 320 published articles later, […] 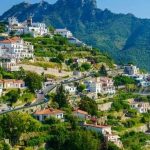 One of my favorite movies is Field of Dreams. Kevin Costner plays an Iowa corn farmer who hears a voice telling him to build a baseball diamond in his fields. “If you build it, he will come” says the whispered message from somewhere beyond over and over again. Though his brother-in-law and neighbors think he’s […]

My first cover story. I’ll never forget that day! I placed the magazine on an end table and each time I walked past it, I couldn’t believe it was my article and photo on the cover. Was this really happening? Before I became a travel writer three and a half years ago, I’d never written […]

It was New Year’s 2014 and time to figure out what I wanted to do for the rest of my life. Thirty-plus years into a successful nursing career, I was ready for something different. Something fun for my retirement years. A friend told me about the Ultimate Travel Writer’s Workshop. I love to travel and […]