In this digital era, we have all become photographers.

Whether it’s the DSLR in our backpack, the mirrorless around our neck, or even the phone in our pockets, we all have cameras available anytime to snap our photos.

But with so many images available, it’s becoming harder to stand out from the crowd. Fortunately, photography is a skill that can be improved with practice and awareness.

Here are three basic tips that can help you improve your photography and produce better images than what the amateurs snap:

The word photography literally means “drawing with light,” and to be able to achieve good results, you need beautiful light.

The most common mistake amateurs make is taking photos under harsh light with washed-out colors and ugly shadows.

To take photos like a pro, pay attention to the quality of the light.

Which side is it coming from?
What color is it?
Does it create shadows on your subject?
Is it soft or harsh?

Try to capture images during the “golden hour” right around sunset or sunrise, and you’ll have incredible colors lighting up your subject.

In this shot below, I took an image of the Guggenheim Museum in Spain a few hours before sunset. While it’s not a very harsh light, it still didn’t improve my image. 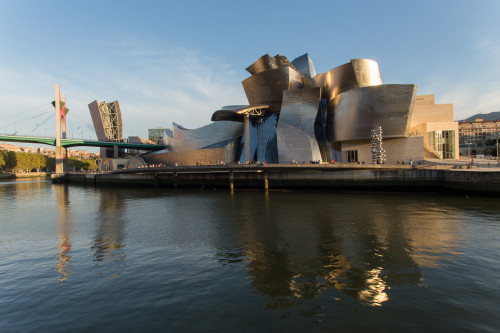 I waited for a while for the sun to set and took another picture. The result was far better.

With so many people taking photos nowadays, we are flooded with thousands of images that look all too similar. The same monument from the same angle, the same photos of blooming red roses, the same portrait of children or pets from a standing adult’s point of view.

But to make an image stand out, you need to move around and find different angles. Get higher, step aside, kneel, turn around and look behind, get under your subject or climb on top of it. Anything that gives a fresh new perspective to what you’re trying to capture will grab your viewer’s attention.

In this image, I was trying to capture monks releasing paper lanterns into the sky. I took a normal shot from where I was standing, and I wound up with a boring and cluttered image. 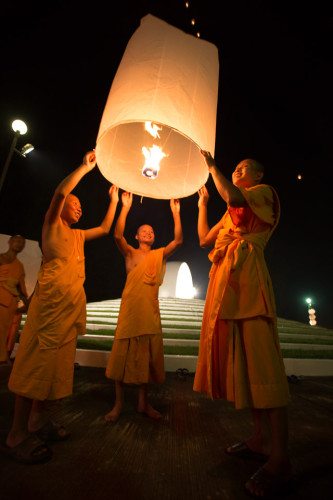 I then got closer and laid down right under the lantern to capture a different and unique angle. Here’s the result: 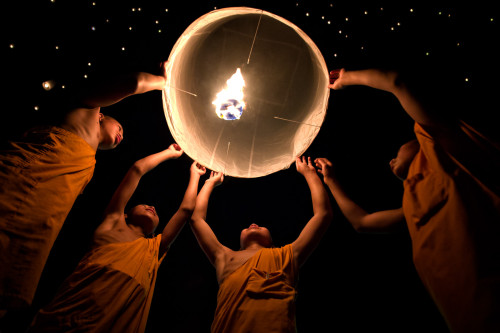 There’s a difference between taking photos of pretty things and taking pretty photos of things.

Amateurs often focus on capturing what is considered pretty, like sunsets, flowers, or puppies and kittens. But a pretty subject doesn’t automatically lead to a beautiful photo. You need to pay attention to the light, to your angle, and try to create a mood or a story, or work on your composition to really make that image appealing.

And if you nail that down, you won’t even need a pretty subject. Even common household objects or boring locations can turn into eye-catching images.

In this shot below, I was wandering around in an empty field, trying to find subjects on a cold winter morning. There wasn’t any particularly pretty subject that was standing out: 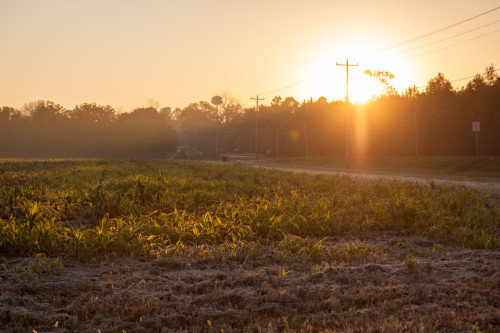 Instead of giving up, I just laid on my stomach and took a photo of the weeds against the rising sun. 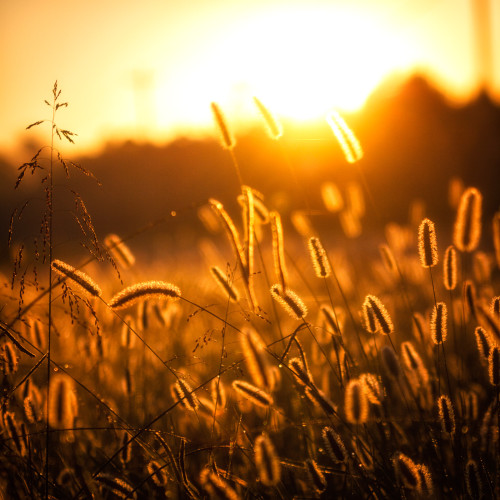 Just by combining all three of the tips above, I turned a common weed image into a much more interesting photo that has already sold as a “pretty photo” a few times.

The takeaway? Don’t hesitate to move around, observe the light, and have fun shooting everything you can.