Lightroom is a great tool to make some basic adjustments to your photos, such as correcting the exposure, changing the white balance, or bringing up details in different areas.

But beyond those basic sliders, Lightroom provides plenty of tools that you can use to drastically change your image and allow your creativity to shine.

Here’s an example of an image I edited to completely change the mood: 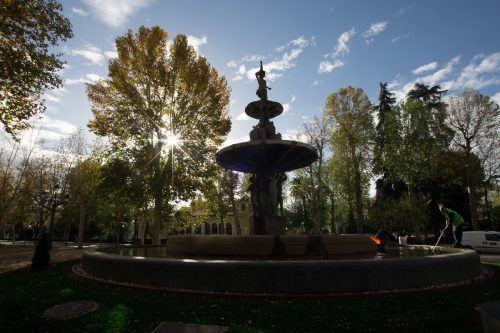 This is one of the beautiful fountains in the city of Granada in Spain, taken on a summer afternoon.

The image is a bit underexposed, but still has enough information to recover both the sky and the areas in the shade, thanks to the power of RAW files.

I always felt that the fall season is a bit lacking in the south of Spain, with none of the beautiful leaf colors. So I decided to make my own fall image of Granada, using the power of Lightroom.

I first cropped the image to an almost-square format and removed all distractions. I used the highlights and Shadows slider to tone down the brightness of the sky and bring up the details on the fountain. 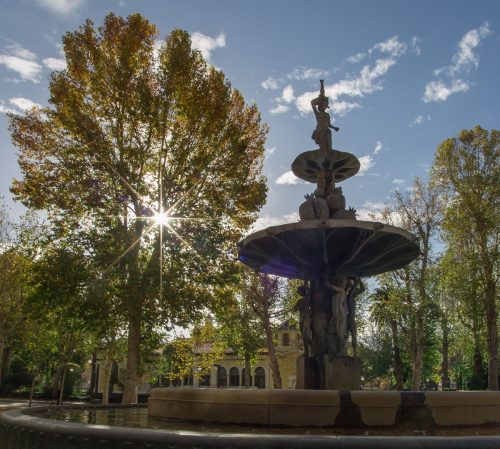 The next step is to completely change the mood of the image and use the time-traveling power of Lightroom to fly forward and change seasons (Yes, you can tell that to impress your friends)!

I played with the White balance to warm up the colors, and then used the Hue slider in the H/S/L (which stands for Hue/Saturation/Luminance) panel to turn the green leaves into a nice orange/reddish color. Since I’m only using the Green and Orange Hue sliders, it’s not affecting any other color in the image, so the blue sky stays blue. 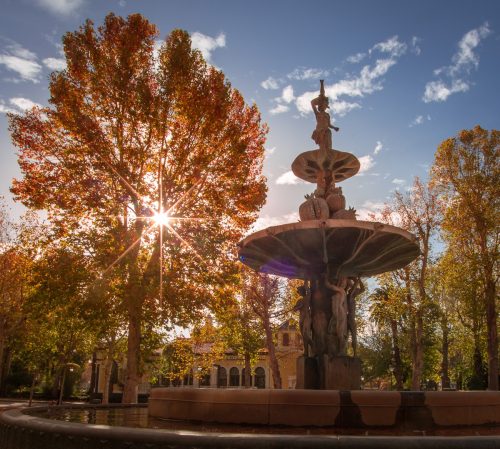 To further accentuate the season’s mood, I decided to enhance the light of the sun shining through the tree. I used the Radial Filter to draw a large circle around the sun and increased the exposure the give it a brighter look. I also added more warmth to the glow around the sun spot. 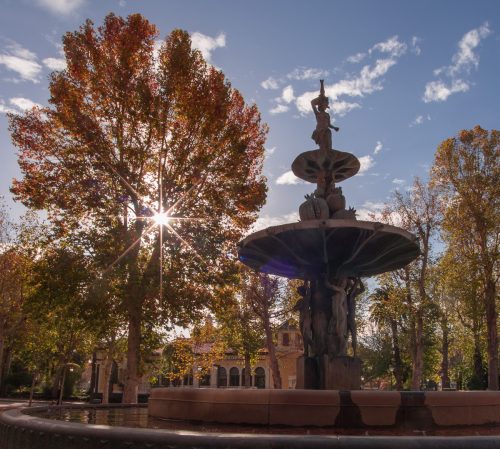 As a final and personal touch, I added some vignetting to darken the edges of the frame, which further enhances the glow in the central part and saturated the colors a bit to make them pop. 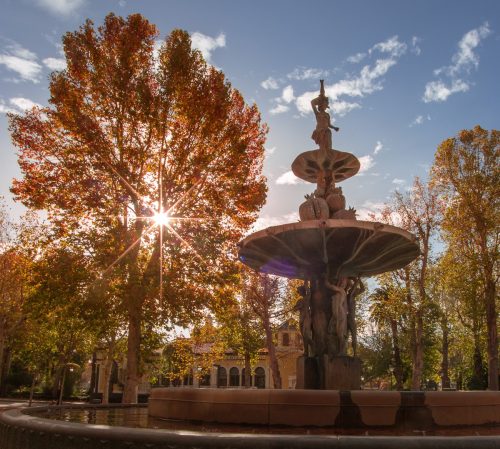 And that’s how you turn summer into fall by using the different tools Lightroom provides.

Here’s another tip to dramatically transform your images in Lightroom in just 3 minutes.