Skip to content
Ian Aldrich is the Deputy Editor for Yankee Magazine and a native New Englander. For the last decade, Ian has worked and freelanced for Yankee, writing feature stories and overseeing the magazine’s digital platform. In this last year alone, Yankee has expanded by leaps and bounds – including producing its own television show.

I was a struggling-to-make-ends-meet newspaper reporter when I received my first paid travel assignment. It wasn’t big or glamorous, but I felt like I’d won the lottery. I was asked by a magazine to visit a Vermont ski resort to take a mountain-biking lesson. Being an avid cyclist at the time, I couldn’t believe what […]

I was talking recently with a fellow writer about the state of magazines when the topic of video came up. He rolled his eyes. “I want nothing to do with it,” he said. “I just want to write. I don’t want to have to worry if I framed the shot correctly.” While I could sympathize […]

In the summer of 2000, I was a struggling-to-make-ends-meet newspaper reporter when I received my first magazine travel assignment. It wasn’t big or glamorous, but I felt like I’d won the lottery. I was asked to visit a Vermont ski resort to take a mountain-biking lesson. I was an avid cyclist at the time, and […]

I have a confession to make. Whenever I watch a movie from the pre-Internet Age, a slight pang of envy takes hold of me. Office shots of desks without computers. Typewriters, rotary phones, fax machines. And the best thing: no email! But nostalgia can be a dangerous thing. It rarely paints an accurate picture of […] 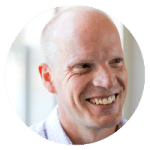 As well as being a travel writer, I’m also an avid runner. And believe it or not, I’ve found that there are some big similarities between the two. I’ve found that building a successful travel-writing career is much like training for a long road race like a half-marathon. The early stages can feel bumpy and […]

You’ve done the hard work of landing an assignment for your great story idea. Good reporting and good writing, of course, will make your piece stand out. So will the work you do with your editor. Here are a few important things to keep in mind to ensure that collaboration is a success and you […]