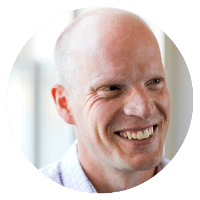 I was talking recently with a fellow writer about the state of magazines when the topic of video came up. He rolled his eyes. “I want nothing to do with it,” he said. “I just want to write. I don’t want to have to worry if I framed the shot correctly.”

While I could sympathize with his position, I didn’t quite understand it. As I see it, the accessibility of video-making (thanks to smartphones and digital SLRs) hasn’t forced writers to do away with their writing skills. Instead, taking short video clips can enhance them.

Allow me to explain.

When it works, a simple video clip can significantly elevate the story you’re trying to tell. I’m not talking about producing Steven Spielberg-level productions, but rather simple, short snippets that give the reader greater access to a scene or character.

A few years ago, a colleague of mine did a story on the historic Cog Railroad on Mt. Washington in New Hampshire. It’s an idyllic old rail line that traverses the highest peak in the Northeast. The blog my colleague wrote was fine, but what really brought it to the next level was a video she shot of the train at the halfway point of the journey. Readers could hear the old steam-fired engine, see the scenic backdrop, and get a true sense of the ascent. They were there, right along with her, for the journey.

What she created wasn’t complicated. It required no editing, and, with just a few taps, she pushed the 30-second clip from her phone to the web. But for a good week, it was one of our magazine’s most popular pieces of digital content. It brought readers who otherwise wouldn’t have visited our site to her piece and signaled to readers that a Yankee magazine story can be told in multiple ways.

You can do the same with your stories. Search for access points that capture the flavor of your larger story to bring it to life in a way words really can’t. Let’s say you’re in Peru, writing about the craft scene around Machu Picchu. Make a short clip of the weavers and their colorful creations. Or maybe there’s a restaurant you want to write about because the owner is such a fascinating character. Get him or her on camera for 25 seconds to talk about a memorable dish.

2. Use a video as a trailer for your story

Even if there isn’t a place on your publication’s website for your video, you can still use the content on your social media channels to broadcast to others that you have a new story. Think of it as a trailer for your wonderfully written piece. Write a description that will entice viewers to read your story, such as this: Check out this short interview I did with the owner of Bob’s Clam Hut, then read my story in XYZ Magazine on Kittery, Maine.

If you’ve read my earlier posts, you know I’m a huge fan of Instagram. It’s my go-to social media channel for sharing content. It’s also a great beginner platform for people curious about visual storytelling. If you don’t already have an account, open one up and play around by uploading and sharing short video segments. It’s an easy, fun way to experiment with video.

Sure, it’s a different kind of storytelling… but, once you’re comfortable with it, you’ll appreciate what video adds to your pieces. Chances are, your editors will, too.