Ian Aldrich is the Deputy Editor for Yankee Magazine and a native New Englander. For the last decade, Ian has worked and freelanced for Yankee, writing feature stories and overseeing the magazine’s digital platform. In this last year alone, Yankee has expanded by leaps and bounds – including producing its own television show. 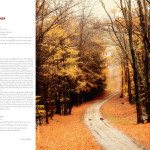 It’s true there are no hard and fast rules for what constitutes a best-selling travel image, but there are a few key things that will appeal to editors and other photo-buyers–especially if you’re looking at selling photos to magazines and newspapers.  Here are a few examples… 1. Think outside the leaf  Yankee has been covering […]

Many years ago, a longtime magazine editor gave me some advice that proved to be unquestionably valuable. “A place is not an idea, he told me, but a place can serve up multiple ideas.” It’s helped me improve as a writer (more focus equals a better story) and become a more successful one. You see, […]

Recently I spent a long weekend in Madison, Connecticut, a shoreline town that I’m profiling for an upcoming issue of my publication, Yankee Magazine. In the old days of gathering notes for a story, I would have had my trusted notebook, some good pens, and maybe a recorder. I would have collected my material, returned […]

Maybe this sounds familiar. You’ve just returned from an awesome trip, you’ve taken great notes, you’re all set to write and then…nothing. You stare and stare and stare at the computer screen, waiting for those magnificent words to just start flowing, but something quite the opposite happens. You don’t know where to begin. It happens. […]

As an editor, one thing I try to hammer home with new writers is that a story can take many different formats. There’s no one-size-fits-all, and that can be freeing. Just thinking of how to present a story differently can turn a marginal idea into a great one. The subjects themselves, what your goals are […]

Not that long ago, my editor assigned me a travel story on Middlebury, Vermont—an upscale, outdoorsy community in the central part of the state that in recent years has quietly become a foodie’s destination. However, just as I began my research, I met with a prospective writer who’d just spent two years living in Middlebury. […]

Last summer, I received the kind of travel assignment that reminds me how lucky I am to be working in this profession. I traveled with my young son to the northern reaches of Vermont to stay at an old sporting camp. We had our own cabin, we ate with other families in the big lodge, […]

I’ve worked for many years as a writer and editor. I’ve filed stories with talented editors and worked with writers with all kinds of experience to help them find their voice when it seemed kind of faint. A good editor isn’t your enemy or obstacle to bringing your stories to readers: He or she is […]

What are the ingredients that go into making a great travel story? I get asked that question a lot. It begins with good observations, good writing, and good perspective, of course. But let’s go even deeper. Below are five basic things any writer should try to nail when writing a travel story. Put them on […]

I was a struggling-to-make-ends-meet newspaper reporter when I received my first paid travel assignment. It wasn’t big or glamorous, but I felt like I’d won the lottery. I was asked by a magazine to visit a Vermont ski resort to take a mountain-biking lesson. Being an avid cyclist at the time, I couldn’t believe what […]