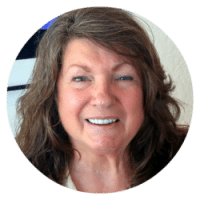 “Welcome aboard the California Zephyr,” the conductor announced as he passed through the observation car. Chicago to San Francisco in a sleeper. The last leg of my coast-to-coast journey by train. I was headed home after a seven-day tour of Florida’s northeast coast. Networking had landed me a 100%-paid trip.

Networking. It’s one of those words you often hear when talking about success in business. But networking for travel writers? What does that mean?

Webster defines networking as “the exchange of information or services among individuals, groups, or institutions; specifically: the cultivation of productive relationships for employment or business.”

That’s a longwinded way to say that networking is getting to know others that share your interest.

My travel-writer networking began with the people I met at the Ultimate Travel Writer’s Workshop 2015. I joined the Facebook group for the class. In the coming year, my fellow travel writers kept me going at times I thought of giving up. I received ongoing support, advice, and critical listening. I was uplifted by encouragement and help I could offer others. It’s a “pay it forward” kind of thing and a continual learning experience.

How do you start?

Networking can be done online with social media and websites, or in person at meetings, conferences, media markets, and travel expos.

If you’re new to travel writing or networking, social media is perhaps the best place to start.

Choose a Facebook group for travel writers. Get to know one group before adding another. I signed up for everything I could find in my first year of travel writing. It was overwhelming. I was spending more time networking than writing and pitching. Today, I’ve narrowed it down. I belong to three Facebook groups, plus TravMedia, Instagram, Matador U, and Travel Massive. It sounds like a lot, but a 30-minute per day time commitment earns big payoffs.

What should you join?

In addition to writer’s groups, visitor bureaus are worth exploring. Find a social media site for your hometown CVB or a place you plan to visit. Join in with comments or photos.

Through TravMedia’s website, I connected with Travel San Francisco and received hundreds of dollars in press passes and meals for my efforts. In early 2017, I went to TravMedia’s Media Market in New York City and received seven offers for press trips. I accepted six that were 100% paid.

There are loads of places to network. Here are a few suggestions:

These are just a few suggestions. Go to your favorite search engine and look for a travel writer network, group, association, conference, etc. You’ll get lots of hits to explore.

How do you network?

Networking is essential for travel-writing success. I encourage you to get out there and meet others in the travel business. The internet is filled with travel business websites and groups, both free and paid.

Networking can pay off whether you do it online or in person. Get out there and join in.