And if you’re also wondering “which memory card should I buy,” here’s a quick description of what you need… 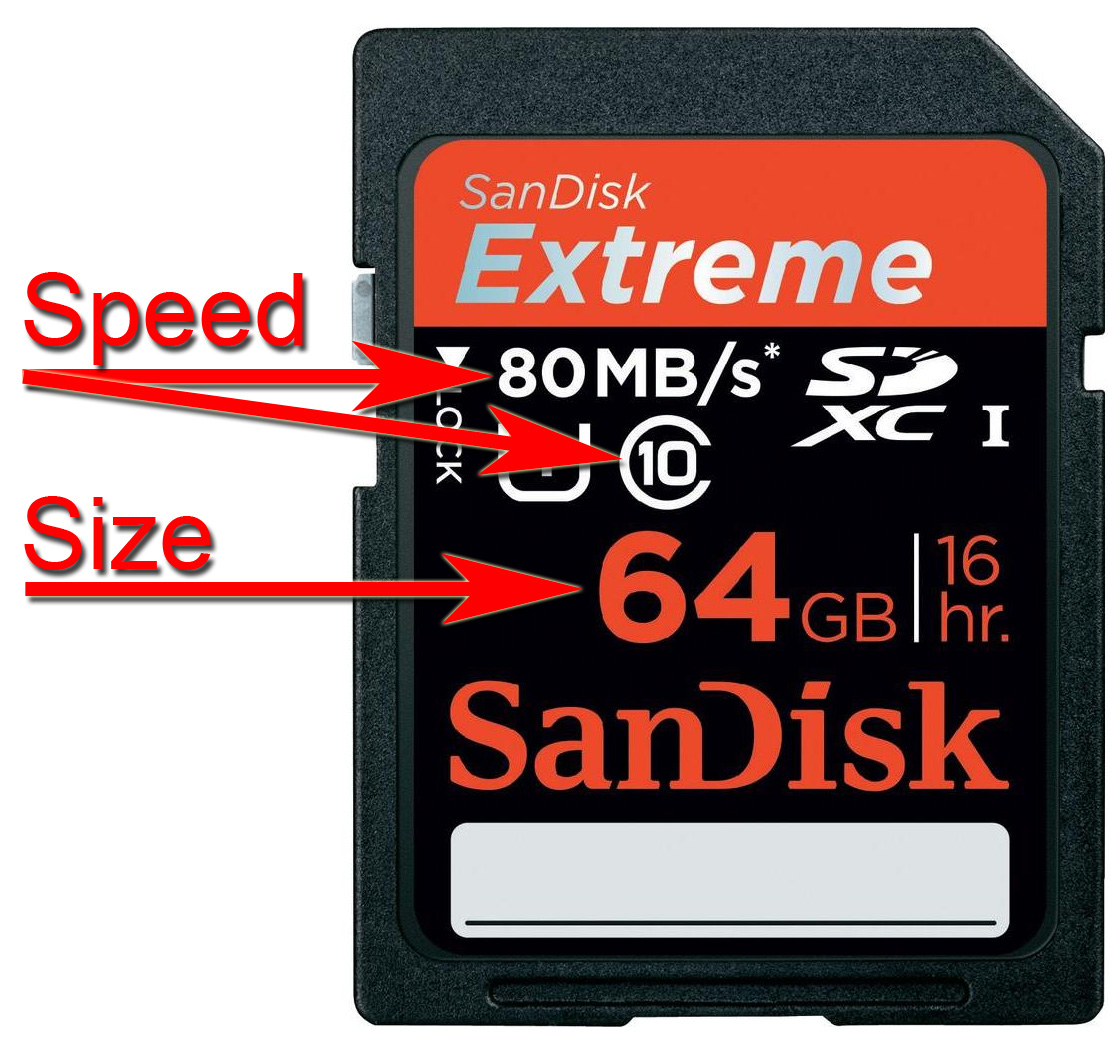 If you’ve ever clicked the shutter button on your camera to take a picture of something and you missed the shot because your camera took its sweet time to fire, you’re likely suffering from either shutter lag or a slow memory card. Higher-end cameras tend to have less shutter lag than lower-end point-and-shoots.  So, in some cases, you get what you pay for.  If you don’t like that lag, it might be time to upgrade.

But if your first few photos snap just fine, and it’s just the photos you’re trying to rapid fire after that that lag, it might be your memory card. Memory cards typically come in different shapes and sizes, but they almost all tell you the same things:

Both of these things are incredibly important for video (not just photos), because you’ll be storing a heck of a lot more data at a much faster rate than rapidly snapped still photos. And just like everything else, the  camera you use to take the pictures matters, too.

Smaller/cheaper cameras tend to record smaller/cheaper files so you can get away with a memory card that doesn’t have much space where  more advanced cameras create larger, higher-quality files that require more space.

So, here are the basics of what you need to know… And note: The downside, of course, is that high-class memory cards with lots of storage cost more than smaller, lower-grade cards that make rapid fire near impossible.

For Basic Shooters with no interest in video:

Amateur shooters with small cameras who don’t intend to record video can get away with smaller/cheaper cards like these 16GB cards. (Check your camera manual to see which card type your camera takes or compare the card currently in your camera to these pictures…)

For Experimenters who want to try video: You need a minimum 32GB class 10 card with speeds of up to 45 MB/s (Check your camera manual to see which card type your camera takes or compare the card currently in your camera to these pictures…)

For those with cameras or video gear that record the highest quality 4K videos in RAW, or shooting a high-speed burst of RAW photos:

You need a minimum 64GB class 10 card, ideally with speeds of up to 95 MB/s like these… (Check your camera manual to see which card type your camera takes or compare the card currently in your camera to these pictures…)

Again, I hope this helps.  No matter where your camera takes you, make sure to take lots of pictures and/or video to remember it! Share on Facebook