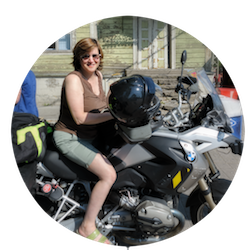 The sun was shining as my husband Rob and I boarded an early morning ferry to Martha’s Vineyard for a day of hiking, exploring, and Rob waiting patiently while I photographed everything on my shot list.

When we got off the boat that night and headed back to our motel, I realized I had walked nine miles with my camera and three lenses, including a zoom, and never once felt the need to hand my backpack off to my husband.

It was a first.

Rob teases me that he is only along on my photo quests to act as a pack mule, helping me lug my heavy Nikon DSLRs through European alleyways, western deserts, and quaint New England towns. But on this trip, our middle-aged backs and shoulders caught a break.

I left my heavy Nikon DSLRs at home. I knew I could trust my pint-sized mirrorless camera to pull its weight professionally.

If you’re not familiar with mirrorless cameras but like to take photos, you should check them out. Mirrorless cameras have interchangeable lenses, just like DSLRs. They’re smaller, lighter, and quieter because they rely on technology that doesn’t require a series of mirrors inside the camera.

Here’s why mirrorless cameras are great for stock:

The compact size makes it easy to travel. On a flight to Ohio, I fit my camera, three lenses, a laptop, and a change of clothes in my personal bag on the plane. I did not need to pack any equipment in a larger carry-on.

They’re more discreet. I love to shoot incognito. No shutter click from the mirror means no one knows if I’m shooting. With a small camera, no one suspects I’m a pro. People ignore me and just act naturally. The result: great candid shots. One editorial stock photo I took garnered nearly 60 downloads in under a year and has appeared in dozens of publications worldwide. 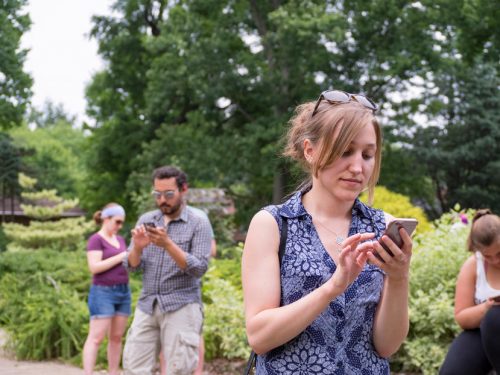 My photos sell. So far, my mirrorless photos have sold hundreds of times through stock sites, for as much as $250 per use! As an aside, I’ve also exhibited and sold large fine-art prints for much more, blowing some up to three feet long. It is now my go-to camera for magazine assignments, too. The quality is excellent. 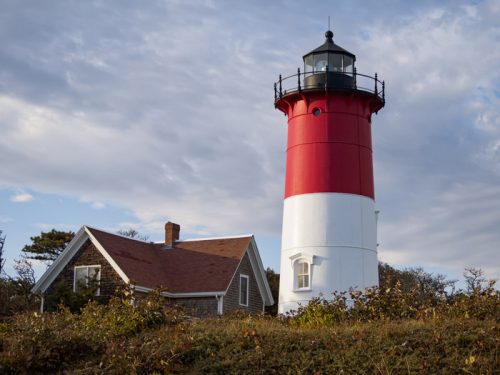 I didn’t expect it to replace my DSLR, but after three years of shooting with my little Olympus E-M1, I’m ready to sell some of my Nikon equipment.

There are many mirrorless camera brands and systems, widely ranging in price and quality. I opted for the smallest, partly out of nostalgia for my old Olympus film camera, but mostly because I can pop it in my pocketbook with a 25mm lens and take it anywhere, even if photography is not the main reason for an excursion. (Incidentally, this is the same camera and lens Lori Allen, Director of Great Escape Publishing shoots with.)

As a stock photographer, you never know when inspiration will hit—and a good mirrorless camera can be there whenever inspiration strikes.