Anytime you have a recognizable person in a photo that you want to sell as stock, you need a model release… UNLESS you plan to sell the photo as “editorial use only.”

The rule of thumb is: If someone could recognize his/herself in a photo – even by the clothes they’re wearing, the situation they’re in, their tattoos, etc. – you need a release.

It sounds intimidating, but it’s really as simple as:

Step 1: Download and print a release form. Most agencies offer a PDF release form available on their site, and Breakfast Stock Club Premium members have a general model release they can download from their member page.

Step 3: When you upload images to your agencies, select the option to include a model release.

And that’s it! If you take care of this one extra detail, you’ll open up a world of possibility when it comes to stock photography.

Here’s my top tips for working with model releases: 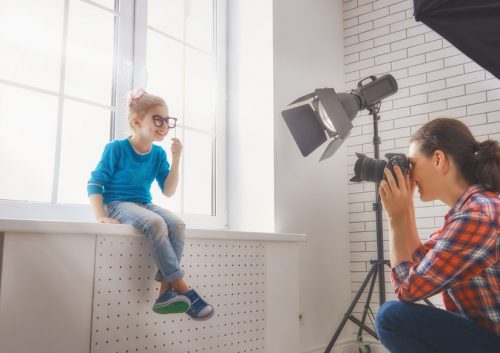 Bonus Tip: Get the “Easy Release” phone app. It allows your model to fill out and sign the release right on your phone. They simply sign with their finger. It’s accepted at most agencies, and it goes with you everywhere. Super easy.

Try it this week! Find a friend or family member that is willing to have their photo taken and ask them to sign a release. Be sure to explain your intent to sell it for commercial use. You want to make sure that people understand what they are signing.

Next week, we’ll talk about property releases, so stay tuned!