Thinking of the warmer months helps me plan ahead for what I should shoot for my stock portfolio right about now. I have a bit of an edge here in California, since I can plan a shoot in the fresh green grass, with tulips, even during wintertime.

I did something similar a few years ago, back when I was a new photographer and I got great ideas from Great Escape Publishing (I still do today). But for this photo shoot, I did things a little differently…

I was inspired to set up a theme for spring. So, I got out my rain boots, umbrella, potted tulips, and garden hose. First, I sprayed the entire concrete surface with water, then I set up several scenes and sprayed them some more. 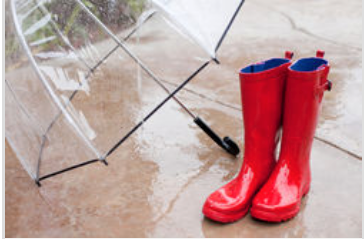 When you’re shooting objects for stock, it’s always great to practice getting images from all different angles. Also, remember to shoot both vertically and horizontally. Stock agencies will accept both formats of nearly the same image, since they want to supply verticals for book and magazine covers and horizontals for use by graphic designers. 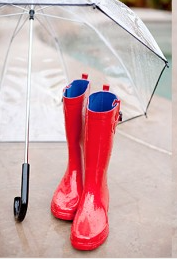 If you’re going to try the “wet effect” of spraying water, here’s a fun tip: use a tripod and a timed shutter release. Then you can get shots as you’re spraying.

This photo shoot has done pretty well for just a fun experiment. I’ve made more than $150 on these photos alone!

Here’s a picture from the shoot in use: 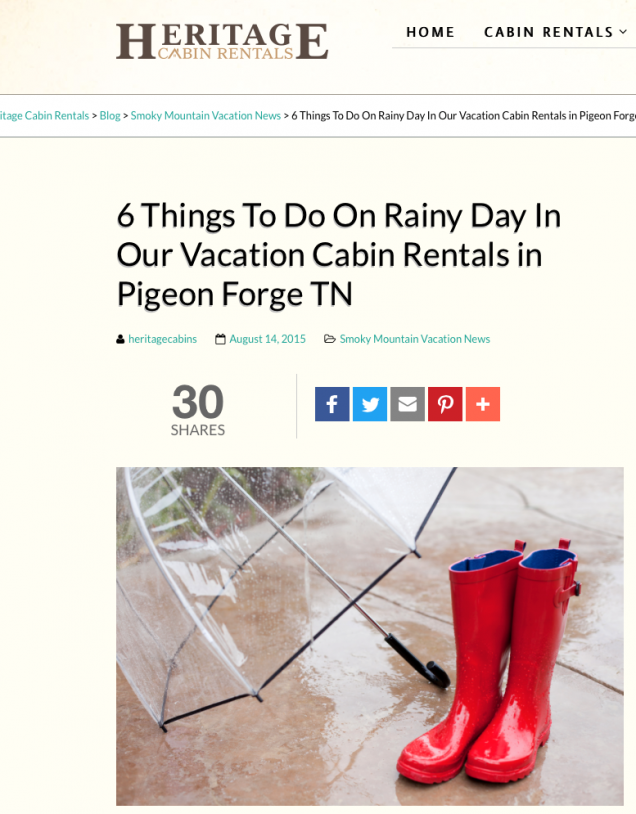 And here’s another shot of a pair of boots with tulips: 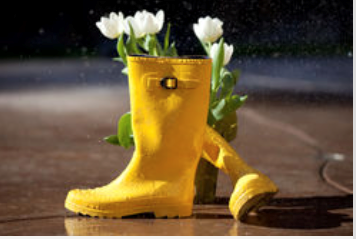 I always use Google’s image search to find and keep track of my downloaded pictures. It’s fun to see how they’re used. This picture showed up on a German blogger’s site, as well as in numerous other places. 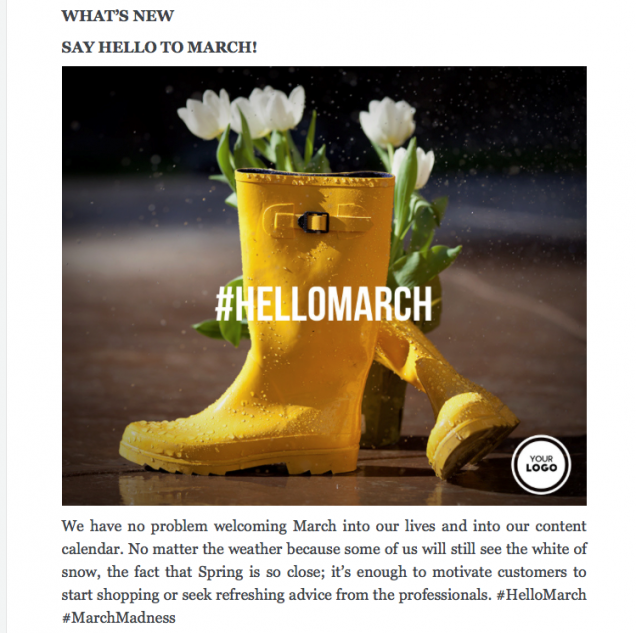 Here’s another popular image from the shoot: 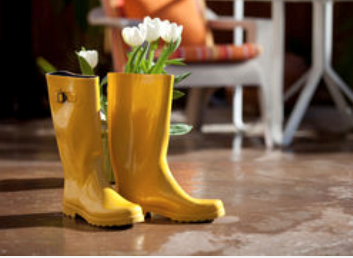 I also shot this as a vertical.

There are a lot of options from this one scene—I also got several images of just the tulips. This one sells the most: 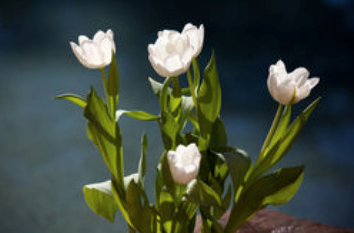 So have fun and be creative. Not only is it enjoyable to think of new things to photograph, but you could bring in some extra cash along the way!