After a 25-year career in television news and current affairs, I’ve thrown in the towel, leaving the warm confines of the studio for the cold, harsh world of freelance writing. And I couldn’t be happier. 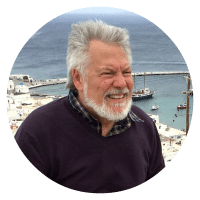 So, what does working in a visual medium have two do with the written word? A lot.

I started my career as a field producer for a weekly local one-hour news magazine. I researched stories and set up interviews for the on-camera talent. By the time I’d worked my way up the ladder to a national show, I was writing everything: narration, studio intros and promos, the whole nine yards. Ditto with documentaries. Thanks to the networks, I traveled across Canada and the United States, and because I had so many stories in my noggin, I started spinning them off into magazine articles.

Now I no longer work in TV. I had “jumped the shark,” a TV term that refers to hitting the top of your game and then sliding into irrelevance. For me, the medium had lost its appeal and, frankly, I wanted to try something new. Today, I freelance for a variety of specialty magazines, and I’m as busy as ever, in part thanks to my TV background.

**You must write clearly and concisely

As a news writer, I had to write clearly and concisely. I was told to go easy on the adjectives and never, ever bury the lead. The opening sentence always had to be a grabber. And all stories, whatever their length, had a beginning, a middle, and an end. Sound familiar?

**You should be able to work well with your editor

I learned to work with an editor – or as it’s called in TV, a supervising producer – which means submitting my work for vetting and yes, re-writing if necessary. That was good training. I’ve since developed relationships with my editors (more so in print than with online), getting to know their preferences and writing accordingly.

For instance, one of my editors likes to lead off with a quote, or what I call a sound bite, while another prefers an encapsulating sentence – one that sums up what I’m about to share with readers.

I’ve never missed a deadline, and that’s important because an editor wants to know they can depend on you – and they have long memories. Magazine editors, like their television counterparts, move around from job to job, and the person you worked with last year may well show up again.

There were, I admit, challenges when it came to the differences in my newly chosen career. I had to get used to the concept of “listicles,” things like “Jamaica’s Top Five Beach Resorts” or “Ten Things to Do in Kuala Lumpur.” You’d think that would be easy for someone like me who is used to information programming, but even short news stories have context – something that you have to create yourself for a print story. Nevertheless, I learned to write those listicles using a new (to me) format.

The other big difference? TV is a collaborative process, the sum of many parts. As a freelance writer, I do my own research, transcribe my own notes, and slog away for hours on end to pull it all together. At the end of the day, I can truly call the final result my own. Call it ego or pride, but the payoff is palpable.

The bottom line: My experience has taught me that storytelling in one medium can be applied to another. For me, the transition to becoming a freelance writer was easy, and I suspect it can be for others as well, no matter what your former profession was. Giving up the familiar for the unknown is scary, but c’mon, jump in. The water’s fine.