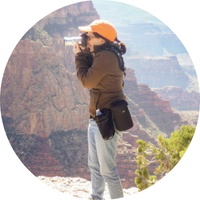 For many aspiring photographers, purchasing a big DSLR camera is the Holy Grail.

Whether you have a point-and-shoot and are now ready to move up to something better, or you want to shoot with a “professional” camera from the start, DSLRs give you a large sensor and the ability to use a variety of lenses, which makes your photos higher quality.

But about eight years ago, everything changed. Digital technology made it possible to remove the mirror from big cameras, shrinking them in size without sacrificing quality.

Traditionally, DSLRs use a mirror system to reflect the image from the lens up to an optical viewfinder.

But now, “mirrorless” cameras instead use a digital signal to send an image from the sensor to an electronic viewfinder (EVF) without the mirror.

Removing the mirrors makes these cameras quieter (that’s what’s actually making the “click” when you press the shutter), smaller, and lighter than their DSLR counterparts.

The sensor is also closer to the lens, so now the lenses don’t require as much glass, making them also smaller and lighter.

If you’re used to framing your shot with the screen on the back of your camera (or phone), using a mirrorless camera is very similar. If you prefer to use the viewfinder, one advantage of an electronic viewfinder is that it lets you more accurately see how changes to speed and aperture will affect your image.

However, electronic viewfinders do have their downside. Even high-end mirrorless cameras have some lag. So, if you’re rapidly shooting a series of images, you may still see the first image that you shot, rather than what is now in front of your lens.

However, I find that the many advantages of a mirrorless camera outweigh this drawback.

Keep your back and neck happy

I shoot mostly travel and landscape images, so the significantly smaller mirrorless cameras make my backpack so much lighter. It allows me to carry a camera and three lenses easily in a pack that weighs less than the one in which I used to carry my Nikon D700 DSLR and my smallest lens.

I know so many middle-aged photographers who have serious neck and back issues from years of lugging their heavy DSLRs, whether shooting travel, weddings, or magazine assignments. Now, many have switched to mirrorless. These smaller, lighter cameras may well save the backs and necks of a younger generation, too.

My full-frame Sony mirrorless body weighs about the same as my old Nikon backup camera (a D5100, a mid-level DSLR) but is far more sophisticated—taking photos that surpass it in quality, with barely any noise even at ISO 2500. 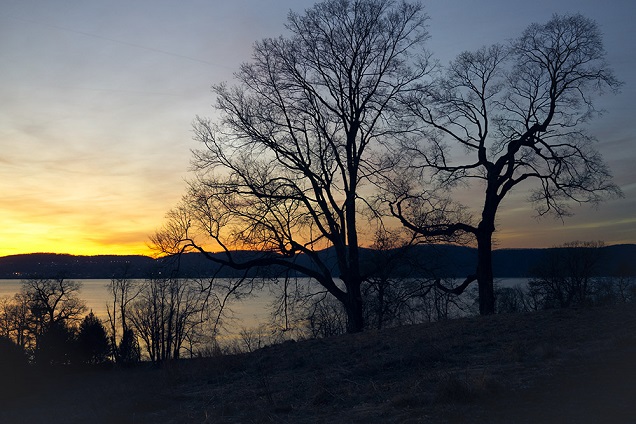 Comparing the weight, a full-frame DSLR weighs anywhere from 1.7 times to over twice as much. That can mean well over a pound of difference for just the body, and even more once you add on the difference in weight of the lenses.

Having a lighter camera also means you can pack a lighter tripod when you hike or travel.

I can easily slip the Sony into my pocketbook with a 35mm lens—something I could never do with even my smallest Nikon DSLR.

And my Olympus is even smaller. It fits in my purse even with a small zoom attached.

…such as this long exposure of the Freedom Tower taken from the Brooklyn Bridge, one of my top fine-art photographs. 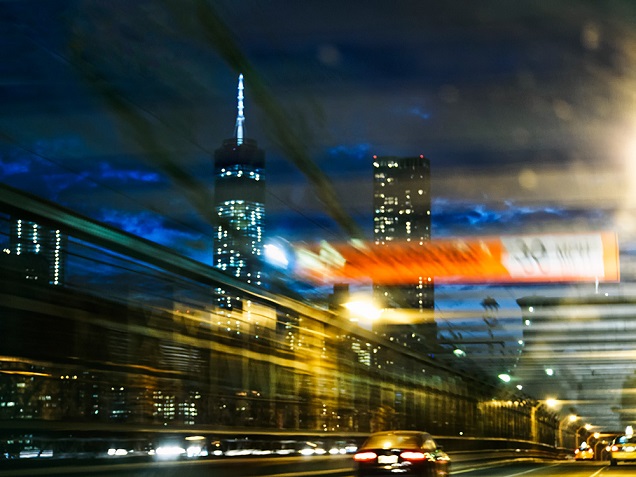 What do you shoot?

The type of photography you practice can influence your choice.

After using a mirrorless Olympus for a couple of years, I sold all my Nikon equipment—save a couple of prime lenses which I use with an adapter—and purchased a second mirrorless camera.

At first, I was hesitant to use my mirrorless camera on assignments, concerned I would look less “professional.” I quickly got over that worry after shooting a parade, carrying my equipment along the route for over a mile without the slightest twinge of pain. My clients care about the photos I deliver, not the equipment I use to produce them.

In fact, not looking like a pro is an advantage for street photography and even on assignment. To those around me, I’m just part of the crowd, so they act naturally, allowing me to capture great candids.

If you are a sports or wildlife shooter, the choice may be tougher.

The weight of a telephoto lens can quickly make your pack very heavy. Until recently, there were fewer long lens choices for mirrorless cameras than for DSLRs, and some photographers also feel that large lenses are unbalanced on a small camera. However, a growing choice of telephotos is helping to narrow the gap.

The smallest and lightest mirrorless options are micro four-thirds cameras such as an Olympus or Panasonic, thanks to small but excellent sensors that require less glass to collect light. They also have a 2x crop factor so your zoom has more reach. Plus, Olympus and Panasonic can use the same lenses, doubling your options.

Even using midrange lenses rather than those from their exceptional pro series, I’ve taken photographs with my Olympus mirrorless that rival those taken with even my best Nikon camera and lens combos, as these photos from the Grand Canyon will attest… 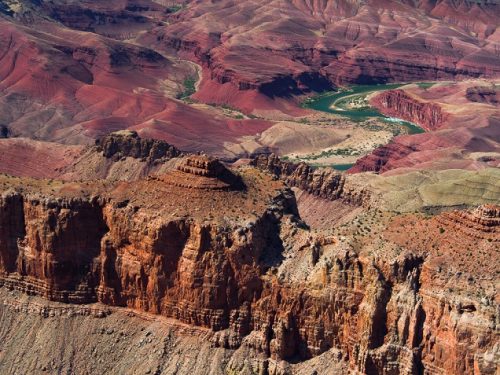 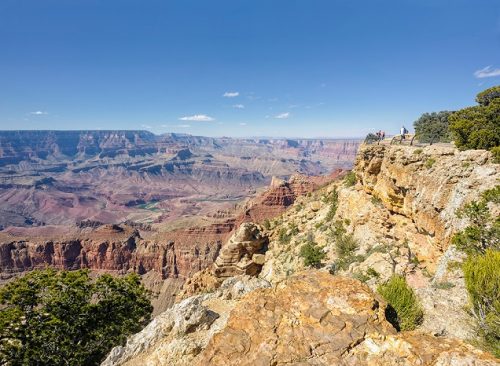 The first was taken with a $125 lightweight zoom on my Olympus, the second with an $800+ prime lens on my Nikon D700. This was the first trip I took with my then brand-new mirrorless camera, and I was sold.

My Nikons served me well for over a decade, but I’m glad that I made the switch to mirrorless.