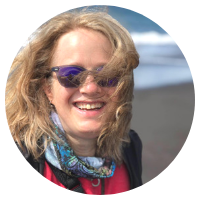 Stock agencies, magazines, and other photo buyers are often on the lookout for photos that have a “human element”—that is, photos that subtly feature people.

The biggest reason why you want to include the human element in your photos is because it exponentially magnifies your sales potential.

Whether your market is stock or editorial, buyers want people in your pictures and they don’t always want faces.

That poses an opportunity to photographers… but also a dilemma: how to get the human element into your shots without being too intrusive.

I know this dilemma well. As a photographer of people, I’m always watching for interesting people to capture nice shots of… but, I’m also rather shy, which means that I try to get my photos in an unobtrusive way.

Even if I wasn’t shy, though, I would favor unobtrusive shots. I want photos where people are being natural—not acting in a staged way or posing with cheesy grins. By acting as a fly on the wall, I get natural and genuine shots.

So how do you go about adding the human element to your photos? Here are a few tips. Some of these tricks require just a little thought and implementing into your shots; some of these take a little practice and knowing your equipment to get the desired result. Wherever you are on your photographic journey, though, there’s a tip in here you can use.

When adding the human element to your photos, one way to begin is to line up the non-human elements that will make a good photo—a perfect setting, good light, good background. Once you find your shot, sit down or stand still and wait. Anticipate the arrival of the perfect subject and be ready when they appear. That’s what I did with this shot here, in Paris. 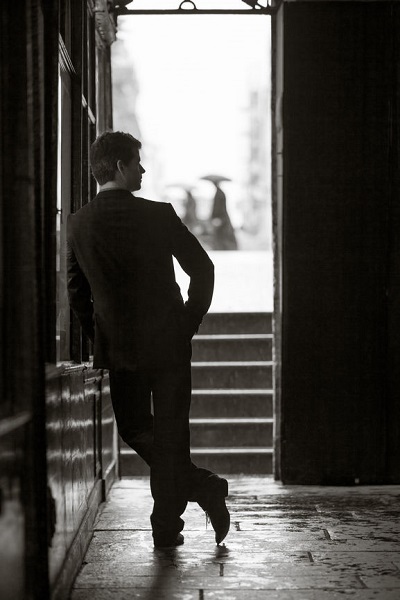 It was raining. Outside this passageway, people were passing with umbrellas. The guy in the foreground was with my party, but I could have taken this without him and still have captured an interesting photo. I waited for the perfect moment to catch the ladies walking past the passageway. They look like they could be from the early 1900s—which gives the shot a retro feel.

Here’s another example of the same technique… 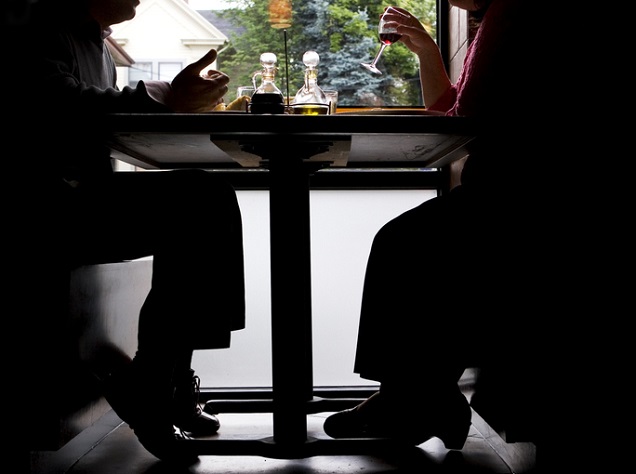 In this case, I was sitting in a restaurant, facing the windows. Across from me was a couple engrossed in their conversation. I loved the way the light played on their legs under the table and the glow of the wine in her glass, so I opened up my camera, set it on the seat next to me, pointed in their direction and hit the shutter button. There are no details that tell you who these people are, but enough details that you can tell it’s a restaurant scene. Perfect for a stock photo.

Another way you can include the human element without any recognizable faces no matter where you are is to take advantage of motion blur. In this example, I did just that. 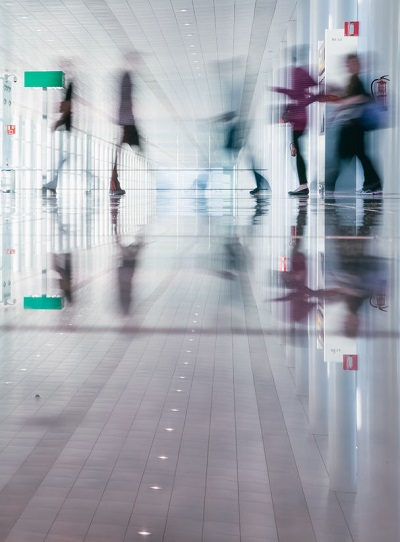 I took this photo in the airport of Barcelona, Spain. The place was so shiny, sparkling, and reflective that I knew I could get a great photo. I set up my camera for the proper exposure to get a slower shutter speed (around an 8th of a second). Then I set the camera directly on the floor and took several shots as people walked through. The one above worked out best. Not a single one of those people had any idea they had just starred in my photo—and I was able to add a human element to my picture without being obtrusive.

Use shadows, silhouettes, and body parts

One simple way to add the human elements to your photos is to simply get folks from the back and or in deep silhouette. Alternatively, focusing on just one part of the body can make for a great photo—small details such as hands, feet, etc. bring the person into the photo without it being overly identifiable.

One tip to note here: Pay attention to things like rings or jewelry that up the identifiability of those people.

Lastly, consider using people’s shadows in your shots. Shadows are particularly great because you never need a model release for a shadow!

Here are some examples of shots I’ve taken using these techniques:

Use any of these tips to include more of the “human element” to your shots this summer.