If you’re spending a lot of time (and money) buying a camera, you’re doing it wrong. 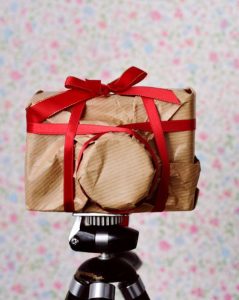 Camera bodies come and go.  It’s the lens and the brand of camera you decide to invest in that makes a good investment.

Pretty soon—I’d say in the next five to six years—most cameras are going to be mirrorless.

That means they’ll be light in weight, smaller in size, and their ability to shoot photos in low light without camera shake will be head over feet to what it is today.

Some will even let you pick what’s in focus in your photograph AFTER you take the pictures instead of before.  (Imagine taking a photo, uploading it to your computer, and then clicking on a flower petal and blurring the rest of the image—that’s where technology is headed.)

So, does this mean you should wait 5 or 6 years to buy a new camera?

It’s far better to buy something now, get good at selling your images, and then upgrade to one of those new bodies with the money you make from your old one.

If you have a camera already, great!  Stick with that.  Otherwise, start today with something mirrorless.

They say your first 10,000 pictures are your worst.  So, go ahead and get those “learning-curve” pictures under your belt before you make a bigger investment.

Good mirrorless brands to invest in are Olympus and Fuji.  They have great bodies AND great lenses.  (No, I don’t get paid to say that.)

I don’t like Sony because they make inferior lenses.  And, right now, I don’t recommend investing in Canon or Nikon either, because their bodies are made to fit their traditional lenses which means you benefit from the smaller body but then you have to attach a big lens to it. What’s the point?

Here, again, are the camera bodies and lenses I typically recommend to new buyers.