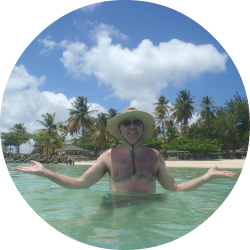 Black smoke spews from my car beside an empty highway in rural France.

It’s 2 a.m. Roadside assistance is sending help. What could be wrong? This is a brand-new car.

We were in the countryside, a couple of hours from Paris. Rural France is quite different from the big city. Sparsely populated. Especially at 2 a.m. Renting the car was an arduous process in itself. I don’t speak French and the woman behind the counter spoke limited English, so communicating even basic information was frustrating for both of us.

I thought the headaches were over when I finally took the keys and drove away.

Everything was fine until I stopped for fuel.

Exhausted, my bleary eyes scanned the pump. The digital screen offered instructions in English but failed to translate one key piece of information: the fuel types.

One of the options was “gazole”. Remembering the woman at the rental agency saying, “…it takes regular gazarole,” that’s what I chose.

Now here I am, on the roadside with trucks hurtling past every few minutes and a car that won’t run.

All in all, this wasn’t a good start to our long-awaited vacation.

Eventually the tow truck arrived to take the car to a local garage.

From there, we took a taxi to a local hotel. (Speaking no French, we didn’t have the luxury of shopping around.)

The next morning, the front-desk clerk spoke good English. Finally… a lucky break!

I convinced her to call the garage and explain what had happened with the car. Then I stood uselessly by as she chatted with the mechanic in French.

I started worrying about the cost again. Rental insurance is only for things like collisions and theft. Would I end up having to buy a new car?

Back at the garage waiting area, we watched as three mechanics periodically gathered to debate what might be wrong and how to go about fixing it. Or maybe discussing what to have for lunch. Who knows.

They tried one thing, then another.

Eventually, after what seemed like about 15 tries, the engine stuttered to life. Black smoke billowed as they managed to keep it running… For about three seconds.

With more tries, it sputtered to life a few more times, but always died after just a few seconds.

After more than 30 tries, it ran a little longer.

Around 4 p.m., more than 14 hours into this terrible saga, a mechanic finally managed to keep the engine running.

It turns out that gazarole is not an actual word in French. Meanwhile, the similar-sounding gazole is the French word for diesel fuel.

That unfortunate mix-up had caused me to put a tankful of diesel into a car that runs on unleaded gasoline.

Thankfully I did not have to buy a new car. However, between the tow truck, hotel room, taxi, and the garage’s repair bill, this simple little language mix-up cost me $511.61.

I’m now well-acquainted with the French word for diesel fuel.