Skip to content
Terri Marshall is one of our most memorable success stories. She’s a tax accountant turned full time travel writer and editor notorious for writing about chocolate, spirits and multi-generational adventures. This Globetrotting Grandmom has traveled all over the world from north of the Arctic Circle in Norway to Antarctica and has over 300 bylines in numerous publications.

As writers, we spend a good amount of time alone in front of our computers. It’s necessary if we’re going to meet those looming deadlines. But devoting time to your writing is just one part of the equation for successful travel writers.  We have to sell ourselves to be successful in this business. And selling […]

We took our places at the long wooden table inside the cozy Refuge l’Espace. The wooden walls were covered with newspapers bearing whimsical historic headlines as the welcoming aroma of hot lentil soup wafted through the air.  Anywhere else on Earth, this little restaurant would have been unremarkable, but Refuge l’Espace sits atop a glacier […]

When we’re not traveling, writers spend a good amount of time alone in front of our computers. We have to if we’re going to meet those looming deadlines. But devoting time to our writing to craft the perfect travel article is just one part of the equation. We also have to learn how to market […] 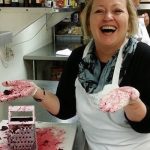 You hear about it all the time: travel writers and bloggers taking amazing, all-expenses-paid trips all over the globe.  But why?  The answer lies in a simple truth.  Ask yourself: Are you more likely to visit a destination because of an ad you see in a magazine?  Or because of an article you read when […] 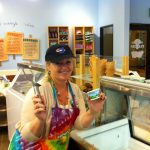 Early in my travel writing career, I was given the opportunity to write a column under the title of National Chocolate Examiner. At the time, I had no idea how that column would blend with my travel writing, but I wanted to build up my bylines, so I agreed to take it on. It wasn’t […]

When I first considered becoming a travel writer, it was just a dream.  Having just ended a 25-year marriage, I was starting a new life and had no idea where I was heading. One thing I knew for sure: I was happiest when I was traveling and wanted to travel more. But the reality was, […]

Get a few tips from Lori Allen, on how to find the best places to publish your articles.