As children, we learned to draw by joining dots. Landing your first byline as a travel writer can often be as simple—it’s just a matter of finding and connecting the correct dots. The way I landed an article in the October/November edition of World Travel Magazine last year is a great illustration… The first dot […]

Two minutes is all it took. I needed the pictures anyway for an article. Just a few carefully-constructed shots of the dumplings. They needed time to cool before I could eat them, so I wasn’t even spoiling my food! Some quick processing in Lightroom and then really the only added step was uploading them to […]

If you want to succeed as a travel writer you need to be on a constant lookout for new publications and opportunities to get more bylines. This means looking online, and searching for hard copies in places such as the doctor’s waiting room or the hair salon. However, when trying to move up the totem […]

Last summer, I had the honor of judging the Best Responsible Tourism Story Award for a certain country’s society of travel writers. I had been invited to do this by an editor I work with and who also happens to be vice president of the society. I noticed something important: A number of elements separated […] 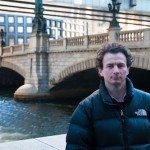 Godzilla tore its way down the Japanese highway hurtling past cars.  Godzilla is the nickname of the Nissan GT-R sports car I’d collected earlier from Nissan’s global headquarters in Yokohama.  Of the 10 articles I’ve so far had published from that 2014 trip to Japan, two were about a car. Travel writing can provide great […]

They say the early bird catches the worm, but the only worm I ever seem to find is at the bottom of a bottle of tequila. When I’m on the road, I have a great ability to rise early, but as for the rest of the time – 8 a.m. is usually early enough. One […] 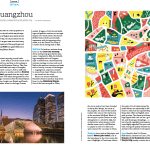 Your mission, should you choose to accept, is to introduce your own — or any — city to a visitor, tell them the best places to visit, eat, and stay. You have 24 hours. Good luck. Being a travel writer is not all about fancy hotels and gourmet cuisine. Sometimes it can be a challenge […] 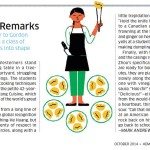 A look at the August edition of Hemispheres magazine, the inflight magazine of United Airlines, reveals a grand total of two feature travel stories and nine short articles. It’s no surprise then that you’re going to have a far better chance getting in with a small piece. And that’s how most of these large magazines […]

Even a beginner writer can land gigs with airline magazines. You just need to follow the right steps. Read on for how Mark did it…