What has amazed me even more than the fascinating destinations I’ve visited are the people I’ve met along the way and the unique experiences that wouldn’t have been available to me as an “ordinary” tourist. It’s the one perk (and, in my opinion, the best travel writing perk) you may not know about in the travel writer’s life – access to the inaccessible.

Along with writing for various publications, I also write several columns: one as a Globetrotting Grandmom, another as the National Chocolate Examiner, and my original column, Travel with Terri.

Having regular columns has landed me invitations to some very interesting experiences. These are the stories I don’t typically share in my articles since my readers wouldn’t have access. But they are the experiences and encounters that make this travel writing career all the more rewarding.

Behind the Scenes of Macy’s Thanksgiving Day Parade

Macy’s Thanksgiving Day Parade is one of the most celebrated holiday events in the country. I’ve watched the balloons being inflated on the Upper West Side alongside thousands of tourists many times, but until recently I had never even considered where the floats were built.

As a chocolate writer (how great is that title?) I was invited by Lindt Chocolate to preview their float before it debuted in the parade. The facility is located outside of Manhattan in Moonachie, New Jersey.

It was an absolute thrill to walk inside the massive warehouse and see all the floats and learn how they are designed and created. Did you know the floats are partially disassembled to travel through the Lincoln Tunnel into the city and reassembled for the parade?

Behind the Scenes at the M&M’s Factory

Also for my chocolate column, I was given access to the M&M’s factory in Hackettstown, New Jersey.

Gaining entrance into this facility is harder than getting into the Pentagon (which I’ve done) but it was certainly worth the trouble. It was fascinating to watch the little M&M’s marching down the conveyor belts to get their paint jobs. Of course there was plenty of sampling along the way.

Behind the Scenes with Celebrity Chefs

I’ll be the first to admit: I’m not the best cook. But, I can certainly appreciate the talents of the best and, in my writing career, I’ve been fortunate to meet several celebrated chefs.

I’ve foraged for mushrooms in Norway alongside one of the country’s favorite chefs. I’ve sampled the chocolates and pastries of top New York City chefs. And, in Amsterdam, I was treated to a five-course meal pairing beer and food by one of the city’s fabulous chefs – he opened the restaurant just for me!

Recently I introduced this inaccessible world to my granddaughter. While traveling in Aruba on a multigenerational press trip we were given a cooking lesson by the resort’s executive chef who offered her a job – clearly she is a better cook than her Grandmom.

Behind the Do Not Enter Signs

One of the things I’ve enjoyed most about my writing career is getting beyond those “Do Not Enter” signs. While touring a monastery outside Heidelberg, Germany, Brother Bruno took me behind the sign into the private halls of the monastery where the monks live and work.

In Belize, I was given access to a military base. And at Epcot in Orlando, I was escorted beyond the ropes for a front row seat to the light show with my three grandchildren. 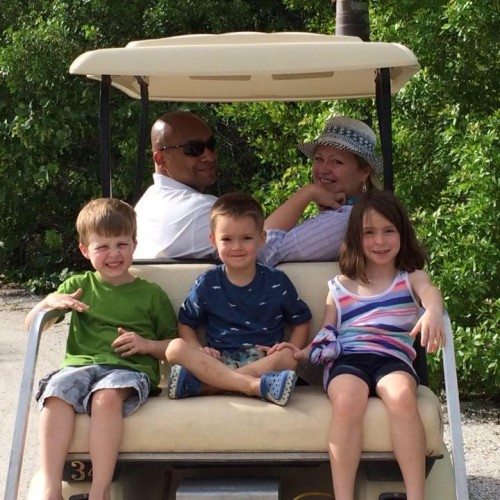 And while I won’t be encouraging the grandkids to ignore the “do not enter” signs, I will keep exploring and discovering in this amazing career I’ve managed to create for myself thanks to the excellent programs of Great Escape Publishing.

Interested in writing a regular column? Here are three key points to consider before you approach a local newspaper or ezine: