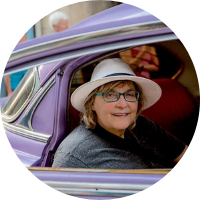 I’ve had a serious connection to photography most of my life—it’s part of my nature, not just my trade.

But it wasn’t until I attended a Great Escape Publishing workshop in Santa Fe, New Mexico that I was introduced to stock photography.

Soon after that, I was accepted to several stock agencies including iStock, Shutterstock, Depositphotos, Fotolia, Dreamstime, and 123rf.

In 2015, I moved from Los Angeles to Petaluma, California—one of my favorite and most photogenic cities in the world. Building a client-based business in a new community was slow going. So I decided to consult with some business coaches, and when they learned I also had video skills, they all recommended I focus solely on building a video-based business because that’s what everybody wants these days.

As much as I enjoyed playing around with video, I wasn’t sure my video skills were sufficient. Also, I went through an identity crisis, as I always defined myself as a photographer. But what I love about lifestyle photography is capturing a moment in time that tells a brief story in a single frame. Yet, video has the ability to tell the whole story, and that intrigued me. So I began floating the idea of story-driven videos my clients could use for their marketing.

When I attended business-oriented networking groups, people were immediately interested. Some even said, “We need this, and there is no one else doing it.”

While on this journey, I met with a woman who was disappointed that the footage she’d paid for from another videographer didn’t convey her vision. She hoped editing might solve the issue. But if the necessary footage isn’t there, editing can only do so much.

So that’s what I offer now—a complete package—your company’s story or brand told in small video clips that I then edit and put together for them to use for marketing. And, I’m in the process of creating ongoing relationships with marketing companies. This means that I don’t have to invest a lot of time developing each new project, aside from storyboarding.

My business is still ramping up, so for now I’m a one-woman show. As referrals begin to come in weekly, I foresee a time when I need to bring in other creatives and support staff for a full-service production company. But I’m not there yet.

And maybe best of all, I no longer identify as only a photographer or videographer. I’ve become a video marketing producer and I’m loving my new identity.