In 1971, I spent seven months traveling around Latin America, from Mexico to Argentina and Brazil. At some point, pressed among a crowd of Indians at the back of a dilapidated bus, my itinerary was taking me from Ayacucho to Cuzco, in the Peruvian Andes, an endless two-day ride. Holes and stones in the dirt road shook the bus in a cloud of dust, and a pot flew off the roof.  The driver stopped, and a passenger ran to pick up the pot. Less than a minute earlier, I had caught sight, sitting along the road, of the cutest little girl I had ever seen anywhere, and could have cried with frustration for being unable to get a picture of her. I took the flying pot as a miracle. The bus’ central aisle was crowded with Indians sitting on bundles, but I scrambled over them toward the door, just as the passenger was returning with the pot. “Adonde estas corriendo?” the driver shouted.  “Where are you running?” “To urinate,” I lied, almost unconsciously. And I ran with a Leica in hand. “This is not the moment!” the driver yelled. “But what the devil are you doing? Come back! …All right. Stay here and wait for tomorrow’s bus.” And having said that, he pulled off. My luggage and most of my film was on that bus, but I refused to worry about them just then. I shot three quick pictures, gave the little girl an avocado pear I carried in my camera bag, and ran back. I would have shot many more pictures, but the bus was getting away, though not going very fast, and I was a runner. Even so, my heart was in my mouth by the time I got back on board. I stared at the driver, not sure how to treat him, and he shrank in his seat while the Indians behind us applauded. But I kept my mouth shut and went back to my seat.  It later occurred to me that for a small tip this man would have given me all the time I needed. How did I not think of it? But that lesson would serve me well on future occasions. Here are the three pictures I managed to get: 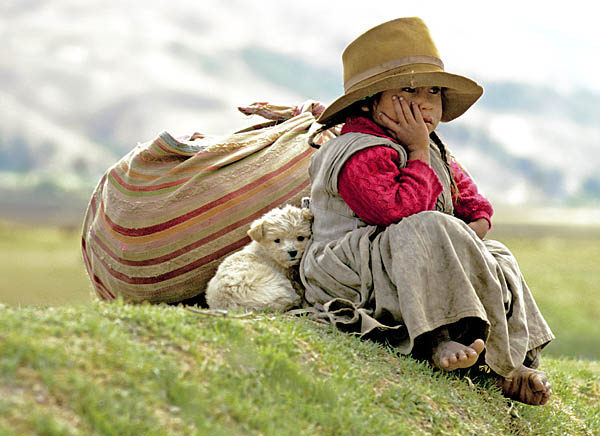 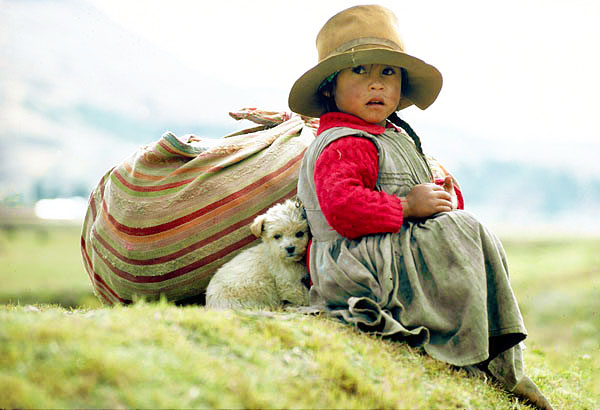 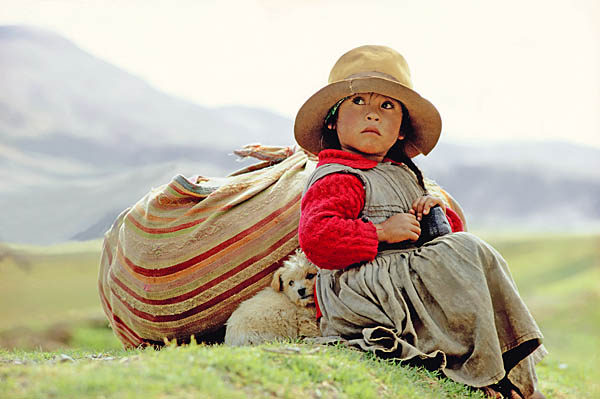 My third picture of the little girl was soon seen around the world, melting the hearts of women everywhere. It keeps selling to this day, more than any picture I’ve ever taken. Even if, in the middle of nowhere, I had had to spend a day waiting for the next bus and had lost my luggage, the picture would have been worth the trouble. Lessons to draw from this: