Theresa St. John is a freelance travel writer and photographer based in Saratoga Springs, New York. She started out writing locally about her hometown and has since been published in over a dozen print and on-line publications, recently enjoying "trips of a lifetime" to Ireland, Fiji and Paris while on assignment. She is also a successful contributor to many online stock photography sites. Theresa loves her new life as a freelancer and has plans on traveling to England, Japan and Germany in the next two years!

Thomas Edison once said, “Opportunity is missed by most people because it is dressed in overalls and looks like work.” I love this quote. Nothing has ever fallen in my lap. And in life, nothing’s ever been handed to me. Which is okay–I’m used to working hard for what I have. In 2013, when I […] 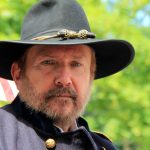 I didn’t fall in love with photography by accident. My dad was a photographer when he wasn’t working as an optical design engineer. He said photography gave him a chance to be creative, that holding a camera was stress relief. As kids, we often found him out in the yard, deep in the woods, up […]

Social media can be depressing, right? Everyone seems to post travel photos from far-flung exotic locales. Scroll down your Instagram, Twitter or Facebook feed any time of day. Go ahead. You’ll find images of the 18th-century sculpted Trevi Fountain in Italy, the Great Blue Hole for scuba diving in Belize, coffee plantations in Hawaii, ancient […]

I always smile when people ask how long I’ve been interested in ghosts. The question brings me right back to my childhood. I was five, maybe six, and had asked for one special present that Christmas. My parents didn’t have a lot of money, but they always gathered lengthy wish lists from five hopeful daughters […]

I’ve loved taking pictures since I was a little kid, following dad around with my brand-spankin’ new Brownie. I adored that camera! But never once did I think I could make money from photography. Then, in 2013, I attended Great Escape Publishing’s Ultimate Money-Making Photography Workshop in Miami… and everything changed. During those three intensive […]

I never cared for the expression: “Milk it for all it’s worth.” I thought it was a cringe-worthy saying that sounded selfish—even rude. However, after some big transitions in my life, I began to interpret those words in a different, more meaningful way… and it’s completely changed the way I experience life… Before becoming a […] 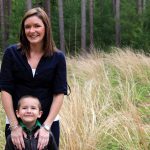 In 2013, when I attended the Ultimate Travel Writer’s Workshop in Boston, Mass., I had no idea what to expect… other than it was a sold-out event, and 150 hopeful travel writers would be attending this three-day class with the same hopes and dreams I had for this travel writing lifestyle… Success, freedom, money, travel, […]

In late 2012, I was still trying to recover from a nasty divorce—one that had left me floundering under a mountain of bills, desperate to figure out a way to support myself… fast. One night, while surfing the internet, I stumbled across the Breakfast Stock Club. It claimed to be more than just a free […]

“Tell me why you should be one of the four we invite to be wined and dined here, Theresa. I’m staring at a list of 50 bloggers, vloggers, and travel writers who’ve also applied.” Before attending The Ultimate Travel Writer’s Workshop in 2013, those words would have scared the pants off me. How do you […]