Kyle Wagner is a freelance writer, editor, and restaurant consultant. A Pittsburgh native, she put herself through journalism school by cooking in restaurants, which she quickly realized was the best way to eat great food for free. A move to Denver in 1993 sparked 21 years as a food writer and travel editor. She spent nine of those years as restaurant critic at Westword until she moved to The Denver Post to be their food critic, writer, and recipe developer, and in time, their travel editor -- a position she held until late 2014 when she decided to see what she would like to be when she grows up.

She has been a reviewer for the Fodor's Guide to Colorado for more than a decade and currently works as a freelance writer, leading workshops and sharing her years of experience both as a writer and an editor to others looking to break into the travel writing market.

When she’s not working (if you can call getting paid to travel the world “work”), she races mountain bikes. This year will be her third attempt at getting the buckle in the Leadville 100 mountain bike race.

In her own words:

I am happiest when:I am rafting on a river for days and am unreachable.
The best thing I ever did: I have two daughters who somehow turned out to be fun loving, adventurous, easygoing, and serious foodies who are fascinated by the world. It's like I handcrafted two best friends!
Something people don’t know about me: I can strip a cow of its milk in record time. (Right after college, I worked at a small dairy farm in Evans City, PA.)
Best adventure: Life! Even when it’s a challenge, it’s the best trip there is to be on.

Crafting a story for publication is a lot like cooking a meal for friends: The best outcome involves a strategic combination of following instructions, trusting your gut enough to wing it here and there, and employing a considerable amount in equal parts of patience and perseverance. In the same way that you approach whipping up […]

The view of downtown Denver from my hotel room window includes the cityscape, as well as the Front Range of the Rockies, most of the peaks still capped with snow. I’ve just sipped a freshly brewed cup of coffee while relaxing in one of the colorfully-decorated room’s plush upholstered chairs, and I’m still snacking on […]

“It’s a terrible thing, I think, in life to wait until you’re ready. I have this feeling now that actually no one is ever ready to do anything. There is almost no such thing as ready. There is only now. And you may as well do it now. Now is as good a time as […] 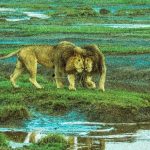 The “accidental photographer”—that’s what they call me. At no point in my early aspirations to be a journalist did I imagine that I would be taking photos—let alone photos considered good enough to appear in print.  But when I was hired by The Denver Post as a restaurant critic, I had to pay attention to […]

Breakfast could not have been more appealing: a freshly-baked croissant, a sesame bun still exhaling sweetly scented steam, passion fruit so ripe it presented as a tangy-tart custard, and rice crêpe pancakes served with a garlicky fish sauce for dipping.  It was 8 a.m. in Hanoi, Vietnam, and my stay thus far at La Siesta […]

As a longtime cross-country mountain biker, I’m frequently asked what the steps are to making it 100 miles at a time over mountain passes and through rugged – and often unforgiving – terrain.  Obviously, no one just gets up one morning and sets out to bike 100 miles into the mountains. You have to slowly […]

Toward the end of my tenure at The Denver Post, I was not in a very good space. We were all working 60-hour weeks, and nothing seemed to be getting better – we were losing subscribers at an alarming rate, advertising revenues were down, and the promise of digital revenues had yet to be realized.  […]

There’s a “Dear Abby” column from 1994 that always struck me as particularly important, and for about a decade I carried the clipping around in my wallet until finally it disintegrated from being folded and unfolded so many times. In the column, a 36-year-old woman calling herself “Unfulfilled” – she explained that she was a […]

By the time I’d been the travel editor for The Denver Post for 9 years, I was ready for a change. For those three years prior to my leaving in August 2014, though, I had spent considerable time and energy trying to save the Travel section and my role in it. As anyone who’s been […]

In the world of magazines and newspapers, photographs are usually referred to as the “art” or the “creative” – the crucial images that bring visual life to the written word. Tracking down art is one of the more difficult tasks that falls to the editor – or sometimes the page designer or graphics editor in […]