Kyle Wagner is a freelance writer, editor, and restaurant consultant. A Pittsburgh native, she put herself through journalism school by cooking in restaurants, which she quickly realized was the best way to eat great food for free. A move to Denver in 1993 sparked 21 years as a food writer and travel editor. She spent nine of those years as restaurant critic at Westword until she moved to The Denver Post to be their food critic, writer, and recipe developer, and in time, their travel editor -- a position she held until late 2014 when she decided to see what she would like to be when she grows up.

She has been a reviewer for the Fodor's Guide to Colorado for more than a decade and currently works as a freelance writer, leading workshops and sharing her years of experience both as a writer and an editor to others looking to break into the travel writing market.

When she’s not working (if you can call getting paid to travel the world “work”), she races mountain bikes. This year will be her third attempt at getting the buckle in the Leadville 100 mountain bike race.

In her own words:

I am happiest when:I am rafting on a river for days and am unreachable.
The best thing I ever did: I have two daughters who somehow turned out to be fun loving, adventurous, easygoing, and serious foodies who are fascinated by the world. It's like I handcrafted two best friends!
Something people don’t know about me: I can strip a cow of its milk in record time. (Right after college, I worked at a small dairy farm in Evans City, PA.)
Best adventure: Life! Even when it’s a challenge, it’s the best trip there is to be on. 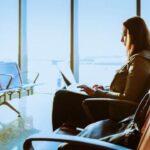 It was our fourth meal of the day, and we still had one more to go. But this was one we wanted to linger over: birria tacos, the meat so slowly braised in its chile-based broth that it nearly disintegrated in the grilled corn tortillas; ceviche made from raw shrimp that had been hauled from […]

You wouldn’t show up at a job interview dressed in torn sweatpants and an unwashed, ratty old T-shirt, clutching a half-eaten meatball sub in one hand and a lit cigarette in the other, would you? Of course not. As far as editors are concerned, though, if you send a story pitch that’s packed with misspellings, […]

Do what you love, and the money will follow. How many times have we heard this time-worn adage? It’s true that many have successfully followed their dreams of becoming a freelance travel writer, but did you know that you can make that happen even faster and more easily if you combine your personal passions with […] 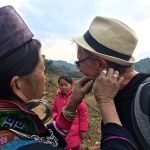 Over the years, I’ve found that the key to capturing the right images and having enough photos after a trip to satisfy an editor is to follow these four easy steps: 1. Come up with as many ideas as you can beforehand I’ve discovered that my cache of images is so much more complete and […]

Where should I send my story? It’s one of the top questions I’m asked at travel writing workshops, during writing retreats, and in feedback sessions with beginning freelance writers. But it’s the wrong question to ask. Instead, I encourage writers to start asking this question, of themselves: Where do I want to see my story […]

One of the least-romantic (yet most-published) articles out there is the listicle. “’6 Amazing Ski Tours Around the World” – Outside Magazine “100 Best Albums of All Time” — Rolling Stone “100 American towns founded before the Revolution” — USA Today Listicles are basically a list of people, places, and things held together by an […]

Where should I send my story? It’s one of the top questions I’m asked at travel-writing workshops, during writing retreats, and in feedback sessions with beginning freelance writers. But it’s the wrong question to ask. Instead, I encourage writers to start asking this question of themselves: Where do I want to see my story published? […]

My bags are packed for Morocco, and I have a plane ticket to Spain and Portugal, too. I’m headed to seven countries over the next three months, after spending several months last year living in Vietnam and traveling to Thailand and Cambodia. But despite all of this fabulous potential material for plenty of international stories, […]

After over a decade as a teacher and mentor for Great Escape Publishing, I still get super excited when I walk into a workshop or start a fresh round of feedback for our writers. It’s not just because the folks who find us tend to be more purposeful—although that’s a big part of it. So […]

One of the greatest joys in my work as an editor over the years has been finding top-notch travel writers with whom I later developed long-term relationships. My quest to find local travel writers in Colorado to hire as permanent columnists for The Denver Post began with my simply looking around online for people who […]